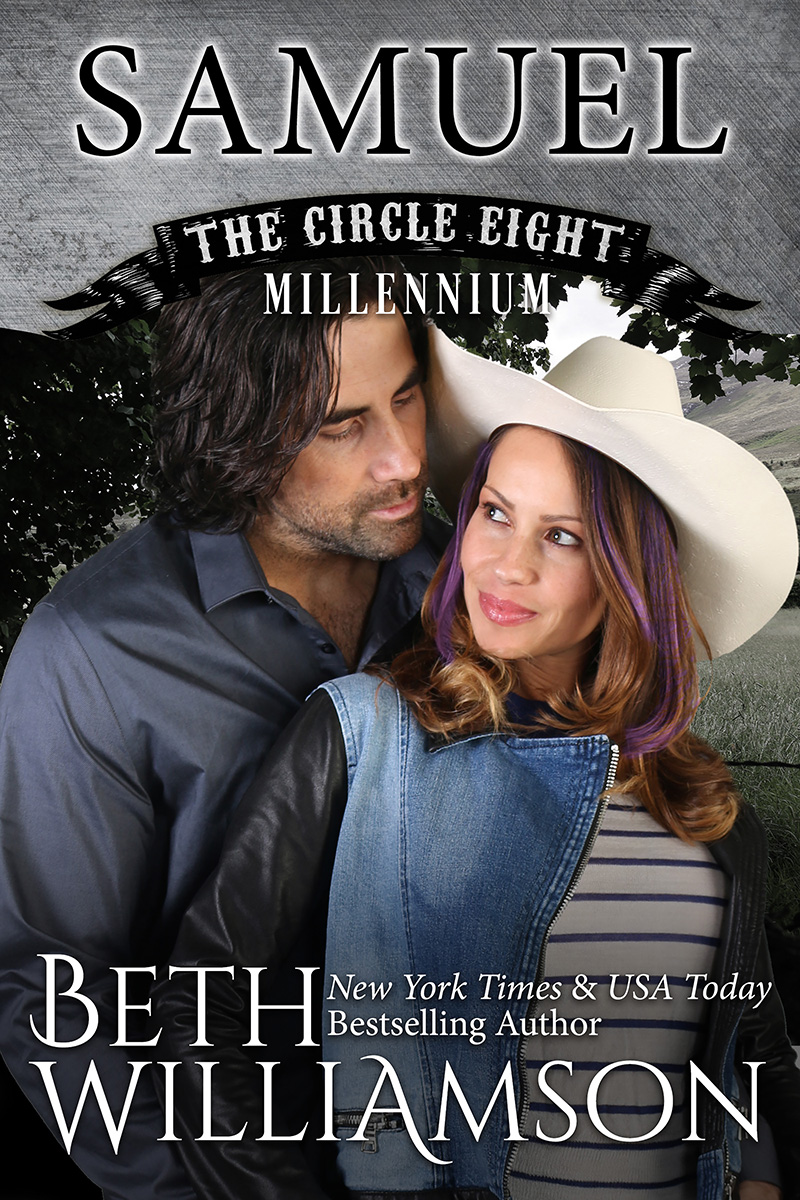 Samuel Graham is a hopeless flirt. His quick smile and charm have allowed him to skate through life. At nearly thirty, he’s still unmarried, and his family is hounding him to settle down. But how could he give up all the freedom in his life?

Kim Douglas is a free spirit. She has a heart as big as Texas and gives her whole self to the people she loves. Since she was a girl, she’s had a crush on Samuel Graham. When they start dating, she finds herself sliding from crush into love at an alarming pace.

Samuel doesn’t know what to do with a woman like Kim. She’s feisty, funny, and full of life, unlike the shallow waters he’s always swam in. Her outlook and her passion knock him sideways.

When Kim runs from commitment, Sam has to make the hardest choice of his life. Pursue the woman he’s fallen in love with, or move on and protect his heart?

It all began with a cup of coffee, so why shouldn’t it end with one? Kim Raeford stared in horror as Samuel Graham jumped backward, swiping at his shirt as though he could wipe away the scalding liquid sliding down his body.

“I’m so sorry, Sam.” She grabbed a handful of napkins from the dispenser and tried to pat at the wetness.

Although it was December and fairly chilly for Texas, he pulled off his shirt and dropped it to the floor. Kim was rendered speechless. Utterly, completely silent. A first for her.

She, of course, knew Samuel was good looking and had a perfectly formed, massively male body, but she’d not seen him without a shirt in a very long time. And sweet baby Jesus, he appeared to be sculpted from granite. Every bit of her clenched in arousal—a very awkward time for that to happen.

“Holy fuck, that was hot.” He snatched the napkins from her and patted at his torso, which was honey golden skin, muscles, and sinew in some concoction of nature that seemed almost supernatural.

Kim blinked and tried to regain control of her thoughts. “I really am sorry.”

Samuel seemed to notice her standing there, no doubt looking pitiful and ridiculous. “It was an accident.” He didn’t sound as though he believed that. Where was that famous Graham charm of his?

“It really was. The top was loose and I was trying to fix it, then you walked in and the door hit my foot and I tripped. I really didn’t mean to douse you with scalding coffee.” Her mouth had finally picked up its usual speed, and he stared at her with his mouth hanging open. Not an unusual reaction to her rapid-fire speech, if she were honest. “I’m so sorry, Sam.” She sounded like a broken record.

“Do I know you?” His brows came together, and her heart landed somewhere near her ankles.

Know her? Jesus please us, they’d gone through school together in Brier Creek for almost all their lives. Plus, she’d spent countless hours at the Circle Eight, his cousin’s ranch. Granted, he was a year older than her, but the town wasn’t that big. Everybody knew everybody, didn’t they?

He’d been coming to the Roasted Bean since she’d worked part-time when she was a teenager. And spilled hot coffee on him more than ten years ago. That time it had only been his jeans, but he’d laughed it off. Winked at her even.

It was the moment she’d fallen in love with him. Stupidly, of course. He didn’t even pretend to know her. Or flash that knee-melting grin.

“I’m Kim Raeford. Bea Cartwright is my best friend. We went to high school together.” She reached up and pulled the elastic off her hair, letting the purple tinted strands swing down around her shoulders. “You used to call me Plumkim because of my hair.” The mention of that nickname surprised her—the memory had been buried deep but she’d dug it up. For Samuel Graham.

A flicker of recognition lit his eyes. “Right, I remember.” He continued to pat at his reddened skin.

“Look, I live upstairs. Let me rinse out your shirt and dry it real quick.” She reached for the wet shirt at the same time he did, and their heads banged together like coconuts. Kim saw stars and stumbled backward, landing on her ass hard enough to make her teeth clack together.

“Ow.” Samuel reached down and held out his hand. “You’re a bit of a menace, aren’t you, Plumkim?”

She didn’t tell him she’d always disliked that name. Not because he used it in a mean way, but because it sounded like a little girl’s nickname. Kim was all woman, from her curvy butt to her double-Ds.

“Some days I truly am.” She accepted his proffered assistance and got to her feet. “I really do want to clean your shirt. Please let me buy you another coffee and make this up to you.”

He glanced down at his chest. “I guess this isn’t the right outfit for shopping for my mama’s Christmas gift, is it?”

Kim didn’t think he wanted a response to that, so she kept silent.

“All right, sweetheart, let’s go get this shirt cleaned up.” He gestured for her to lead the way.

She’d come downstairs to get coffee and it was Tuesday, which meant her favorite brew Mad Hatter awaited her. Kim wore a pair of leggings and an oversized T-shirt and flip-flops. She had been going through the photos from Sunday’s shoot and hadn’t showered. And she was about to bring the handsome, large, and charming Samuel Graham into her apartment.

A shiver raced across her skin that had nothing to do with the temperature outside. What in the world was she doing?