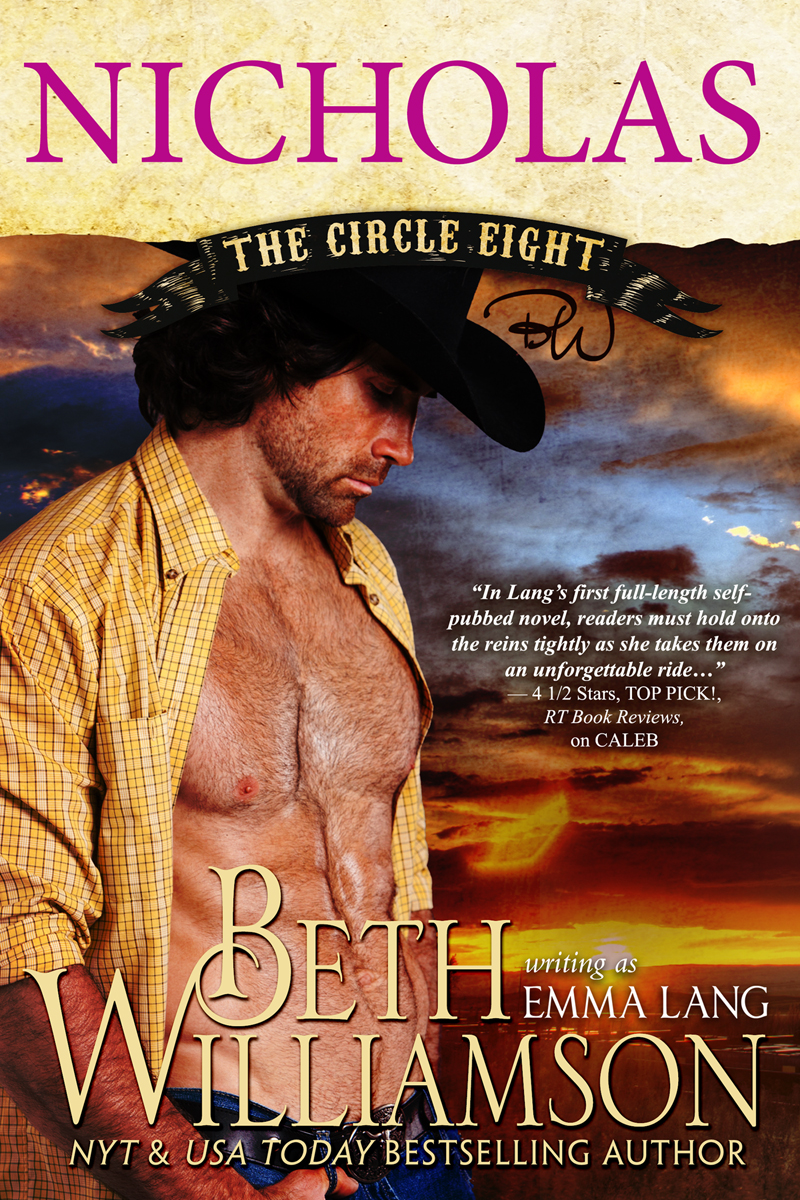 Even in the darkest of shadows, love can light the way.

Nicholas Graham is caught in the middle: of his family, of his desires, of his own unhappiness. After he meets Winnie Watson, his self-imposed curmudgeonly existence pales in comparison to spending time with her. He wants to be with her, to get to know her. She is a beacon to all the secret cravings he has controlled. Until now.

Winnie Watson endured, and survived, a horrendous childhood that would give others nightmares. She started over, a new name, a new goal in life. Then she met the Grahams and everything went sideways. She’s done the unthinkable and struggles to accept it. She wants to forget it all again, but the specter of Nicholas Graham, physical and in her dreams, won’t let her move on.

Caught between their needs, their wants, and what the world will allow them, Nick and Winnie are doomed from the moment they met. However, love will teach them that even the biggest obstacles can be overcome if you believe in love.

Nicholas wanted to drop her arm and run. His heart thumped almost painfully at her nearness. She was as beautiful as she was smart. It would take her no time at all to discover his dark secret. Her directness bothered him more than he wanted it to. Hell, he didn’t know what he wanted.

As they approached the house, he told himself to keep walking, making sure each foot moved forward. Being so close to her reminded him of how beautiful she was, even if she had an inch of dust on her from the trip. Hell she could be wearing a turnip sack and cow shit and still be stunning.

All he had to do was get through the wedding. One day. He could do it and then go back to his life. Not that it was a lure for him. The yawning hole inside of him was proof positive of the misery he lived with every day. Winnie made things darker because she was all lightness and good.

“Oh dear, I need to wash up. Is there someplace I can splash some water on my face?”

He sighed inwardly and turned toward the back of the house. The well pump was always available, including a bar of soap and a towel. It might not be the fancy basin she was used to but it would get her clean. He wasn’t sure what he expected her reaction to be, but it wasn’t gratitude.

“Thank goodness. I think I’ve swallowed a bushel of dirt since yesterday morning.” She took hold of the pump handle as though she’d done it a thousand times.

Nick stood there like a fool while she used soap and water like a normal person. Nick watched her small hands, ivory white and delicate. Her fingers were thin and elegant. He remembered holding them in his callused, darker hands and wondering at the differences between them.

They were still different. Night and day. Darkness and light.

She dried her hands and face on the towel and then used it to pat at her clothing. He couldn’t help but gaze at her lushly curved form as she pressed the damp cloth to the dust she’d collected. His body tightened with longing, an ache at his core, a hunger he would never be able to satisfy.

But oh how he wanted to.

Nick was no stranger to bedding a woman, but his experience was limited to two, and both of them were professionals. Good thing Eva didn’t know about it or he would never hear the end of it. The housekeeper had been a mother to the entire clan since the Grahams had lost their own.

Yet this thing—whatever it was—that drove him to crave Winnie was different. It was intense and consuming. He thought he had conquered it by leaving her behind in Houston, but seeing her again only served to remind him of what he was shunning. His mouth actually watered to taste her skin. And her scent.

Yes, he’d spent many nights remembering the scent that was uniquely Winnie. He’d breathed in deep, inhaling her into his body, into his soul, until he could not rid himself of her. He wanted to kiss her, to taste her, to lose himself in her softness.

It couldn’t, wouldn’t, happen. His body was tight and hard, eager, regardless of how much his brain told him no.