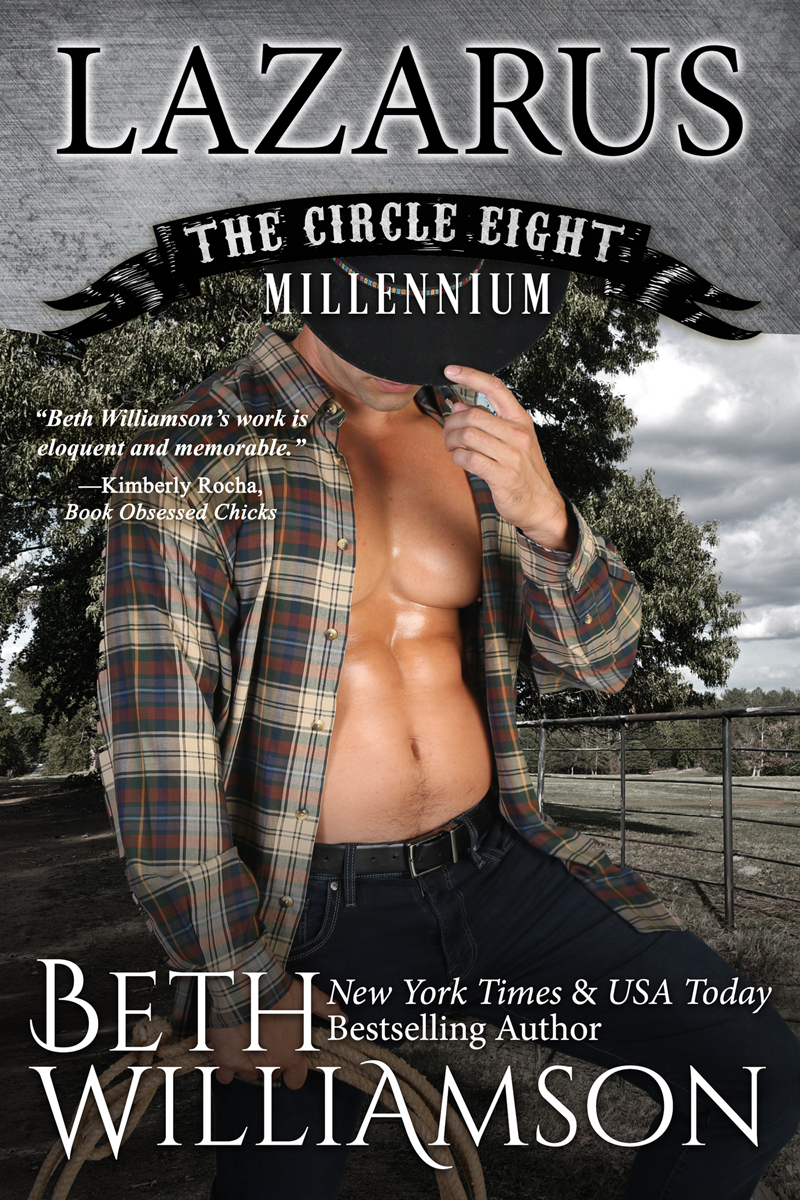 Lazarus Graham has always been the black sheep of his family. Leaving behind the ranch his family had owned for nearly two hundred years, he lives life as a Texas Ranger. Tough, hard, and inflexible, he has no time for life’s fripperies.

Beatrice Cartwright never expected to run into her childhood nemesis again. Yet Laz Graham sauntered into her store to investigate a crime nearby. Then the man had the nerve to not remember her.

Being a Graham isn’t easy, and it’s about to get a lot harder for one stubborn lawman and the woman who still owns his heart.

Bea tried not to look at him. Lazarus Graham had always been good-looking as a boy, and now, as a grown man, he was ridiculously handsome. She sneaked glances at his thick, dark-brown hair cut in tight near his ears and a little longer on top, with a few stray curls popping up. His jaw was square with a shave of military precision. His lips were full but not too full. But it was his eyes that always got her. Most of the Grahams had this strange blue-green color, some more blue and others more green. Laz’s eyes were the color of the ocean.

She pinched herself to stop cataloging his gorgeous visage and start focusing on the burglary details. The sooner he got what he needed, the sooner he would leave.

The fact he’d pretended not to know her still rankled, although she grudgingly admitted he had, for once, apologized for it. He came back to Brier Creek after ten years for her burglary. What did that mean? Why hadn’t he told his family? Or worse, hadn’t he visited the ranch in all that time?

She was bursting with questions but needed to mind her own business. It was his life, not hers. If he didn’t want to be with his family, it was none of her business. Not a smidge.

“From what I can tell, the perpetrator came in by smashing the front door. Yet I see you have an alarm.” He gestured to the control panel on the wall. “Did it go off?”

She frowned “No, it didn’t. I checked with the alarm company and they said I’d disabled it at two thirty-two in the morning. I wasn’t asleep at that time and I sure as hell wouldn’t have disabled the alarm so the bastard could get in here.”

Laz cocked his head, staring at the panel. “So you’re saying someone came in here and disabled the alarm, and then broke the front door?”

“No, I think someone remotely disabled the alarm, then they took glee in busting every piece of glass in my store. I’d fallen asleep with headphones on listening to music so I didn’t hear a damn thing. From what I can tell, they didn’t even attempt to open the safe.” She pointed at the door at the back of the room, which her father had always called the safe closet. “Untouched and secured with over two hundred thousand in inventory.”

He wrote more in the notepad while she again attempted not to stare at him. Why did the man have to be so blasted good-looking while she was as ordinary as a stalk of wheat? Whoever was handing out the attractive genes surely could have given her a few more.

“Does anyone else know the alarm code for the store?”

She nodded. “Me, Kim, the alarm company of course, but no one else.”

“Kim Raeford. We went to school together.” She waited to see if he would pretend not to know her too.

“Ah, yes. I remember her. Dressed up like Madonna all the time.”

Bea barked a laugh. “I’d forgotten that. That cone bra was classic, wasn’t it? When she walked into biology class—”

“Can we focus on this?” His tone wasn’t condescending, but it was firm, and damned if it didn’t make her cheeks burn with embarrassment. The man was such an ass.

“By all means.” She examined her fingernails studiously, anything to avoid looking at him.

“If someone has the capability to remotely disable alarms in stores, then there has to be a connection to the alarm company.” He flipped through the notebook for a minute. “I didn’t note anything about the alarm being disabled in the other burglaries, but I’m going to pursue that lead.”

“Other burglaries?” Bea perked up despite her desire to remain indifferent to him.

He glanced up at her and grimaced. “There have been a series of burglaries at small businesses across the county in the last six months. Smash and grabs like this although yours is the most destructive I’ve seen.”

“I remember hearing about a few, but they weren’t gun stores, right? If they’re related that’s why the rangers are involved in such a small event.”

He tilted his head. “I’d say this is far from a small event for you, Bea.”

The sound of her name on his lips made a butterfly dance merrily in her stomach. Well, then, she needed a hard dose of reality to push aside her foolish obsession with his looks.