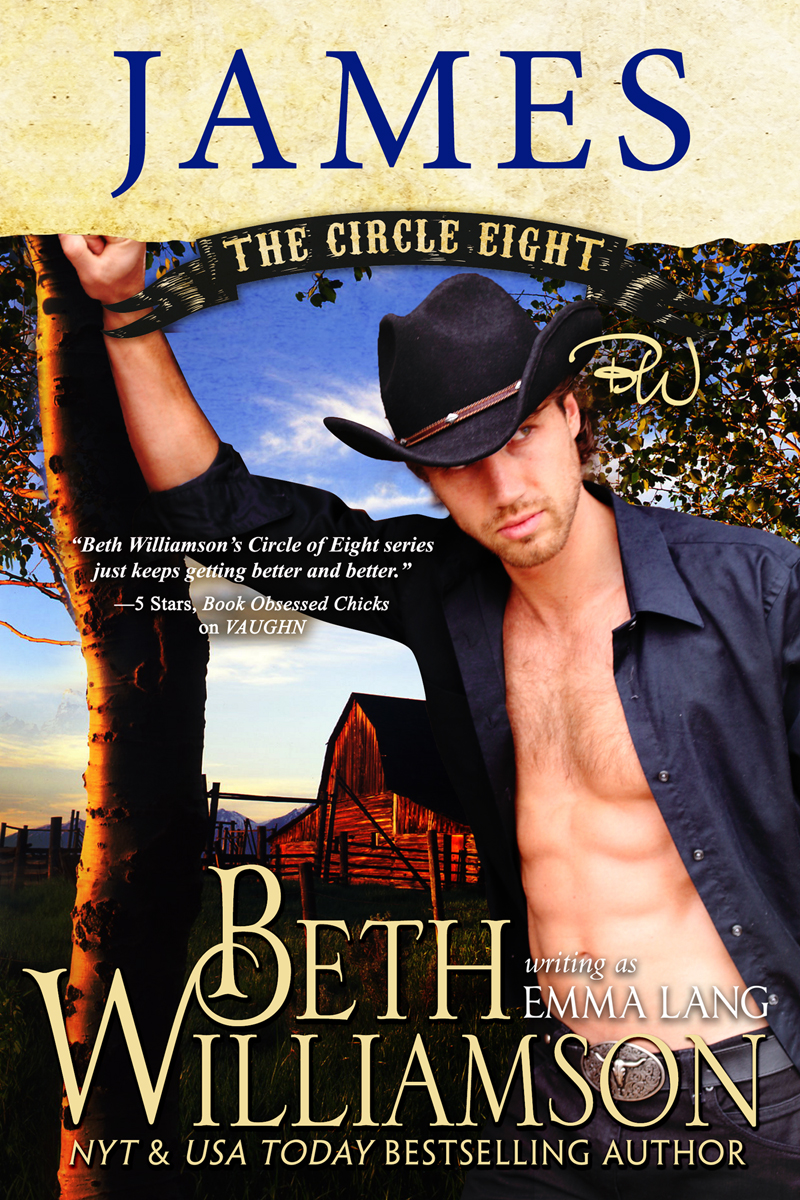 The moments that define us are the ones we least expect to happen.

James Gibson spent his life trying to find his place in the world. The child of a feckless mother, abandoned as a boy, he was raised by his grandfather, only to lose him when he most needed him. Angry at the world, he struggles to find his path. Then he meets Catherine Graham.

Catherine “Cat” Graham is the hellion of her family, the youngest sister of eight children. She has bucked tradition all her life, riding horses like a man, wearing trousers, and refusing all femininity except for her long blonde locks. She isn’t impressed by cowboy James Gibson, no matter how he made her toes curl when he kissed her.

When danger threatens both the Gibsons and the Grahams, James and Cat have to set aside their acrimony. Together they fight for those they love, and in the process find the other half of their souls.

Catherine turned to leave. For some perverse reason, he reached out and grabbed her arm. It was the first time he’d touched her since the kiss. The fateful moment a month earlier when he lost his sense of reason and given into the primal urge to mark her.

He could still feel her lips against his, soft and surprised. She’d kissed him back, albeit with virtually no skill whatsoever. He’d been pleased to think he was the first person to kiss her. Then he’d remembered whom he was kissing.

Catherine set him on edge, made him feel uncomfortable and off balance. Today was no different, but the sight of her in a dress had made things worse. Even now, being within a foot from her lush figure, he fought the impulse to kiss her again. Or possibly run for his horse and get the hell out of there.

She blinked. “What are you talking about?”

He took hold of her other arm, turning her toward him. Her form was curvy, but lithe and muscled from years of hard work on a ranch. A conundrum of raw sensuality and rough rancher. Innocence and experience.

Her gaze dropped to his lips and he knew she was remembering their kiss. His body hardened with an instant heat that flamed through him. He leaned toward her. She should knee him in the balls and run, but she didn’t.

She licked her lips.

James covered her mouth. His body screamed at him to take, take, take, but he resisted the howling wolf in his chest and gentled his movements. He moved with care, soft kisses from one side of her mouth to the other. She made a sound of impatience in her throat and he smiled against her lips.

He lapped at the seam and she immediately opened her mouth and his tongue ventured into the sweet recesses. She followed his lead, dancing and moving with him. He groaned and pulled her flush against him.

That was a mistake.

James thought looking at her in a dress was difficult. Pressing against her perfect body turned him into a molten mess. He was hard as a stone behind his buttons and damned if his body didn’t push against the fabric, growling to be released.

He slowed his movements and pulled away a bit at a time until he kissed her forehead and stepped back. His breathing was as ragged as hers.

Her blue eyes were wide with surprise. He expected an identical expression on his own face.

“You kissed me again.”