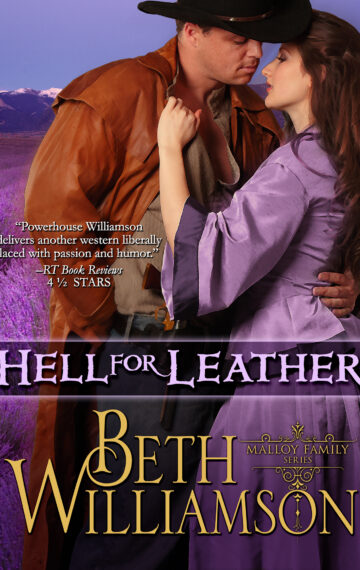 Gunslinger Kincaid sheds his black clothes and pistols for a homespun shirt and trousers to becomes Cade Brody, a man with dark hair, dark eyes and an even darker past. He doesn’t want to be involved with anyone, especially the woman who runs the general store in the tiny town near his property.

Sabrina Edmonds has lived her life as she sees fit, not answering to anyone. When she is drawn to the stranger named Cade, she finds herself getting lost in his arms.

Cade can’t seem to be left alone no matter how much he shuts the proverbial door. Between an elusive wild child, a town full of people trying to adopt him, and a woman who haunts his dreams, his new life is nothing like what he expected.

However, the demons from his past will not stay buried. When the shadows threaten his new family, Cade has to come to terms with who he was, who he is, and accept the love of the woman who now owns his heart.

Cade Brody certainly wasn’t a simple miner or mountain man. If she had to hazard a guess, he was a man who’d made some bad choices in his life that were currently riding his back. Sabrina blinked and forgot she was holding boots or even why she’d walked over to that side of the store.

They gazed into each other’s souls for a timeless moment, sharing themselves. For her, it was a relief for someone to see everything she hid. Most days she simply accepted that no one would ever want to know what lurked beneath the efficient shopkeeper. Today she opened herself up and allowed a perfect stranger to see her unhappiness, her discontent, her yearning.

The air between them crackled as the moment stretched on, threatening to snap. He reached up, fingers inches away from her skin. Sabrina leaned toward him, knowing how his hand would feel before flesh touched flesh.

“Sabrina?” Ellen’s voice startled her so badly, she dropped the boots.

All three pair fell towards Cade’s feet. Sabrina had counted herself as well versed in human behavior, especially being around so many people, but Mr. Brody surprised the heck out of her when he caught the boots. No, not caught, he snatched them out of the air so fast she barely saw him move until the shoes were clutched in his hands.

She stared at him in astonishment, gazing from his face to the boots. “Sweet heavens, I’ve never seen the like.” Her father’s brogue popped out of her mouth before she thought about it.

Cade looked almost as shocked as she felt. He set the boots down on the table beside them and stepped away from her. Ellen came around the corner and stopped short when she caught sight of him.

Sabrina frowned at her. “Ellen, this is Mr. Brody. Mr. Brody, this is my sister, Ellen.”

“Sister? Ah, yes I remember you mentioning her.” He cocked his head in Ellen’s direction as if he were studying her. She squirmed in place, sliding backwards even as Sabrina shook her head no. “It’s a pleasure to meet you, Miss Edmonds.”

Cade’s head whipped back and he stared hard at Sabrina. “And your name is Edmonds?”

He was asking her if she was married without actually forming the question. She ought to make him feel guilty or at least tell him it wasn’t his business, however two minutes ago she’d been about to kiss him. Sabrina was nothing if not honest with herself and that was the truth.

“Yes, Mrs. Edmonds.” She swallowed the memory of Eric that threatened to make her day dark again. “My husband died five years ago.”

Sabrina had no idea if it was relief on Cade’s face or annoyance that he didn’t know she was a widow.

“Thank you.” Clearing her throat, Sabrina looked at Ellen. “Did you need me for something?”

“Oh, I almost forgot. Mr. Oleson delivered the load from Phoenix.” Ellen kept her face averted from Cade. Sabrina wished she could convince her sister that a scar on her face didn’t matter a whit to anyone but herself. “We can close the store and inventory it as soon as you’re done with Mr. Brody.” With a quick nod, she disappeared back behind the curtain.

“Your sister doesn’t favor you.” Cade stared after Ellen.

Sabrina expected the familiar observation. “Yes, I’ve realized that,” she said dryly. “My father was a tall Irishman while my mother was small and blonde like Ellen.”

Cade’s gaze swung to hers. “Your father was blessed.”

She didn’t know how to respond to his obscure comment. Was he saying she was beautiful or that her mother was her father’s blessing? Sabrina wanted to ask but didn’t because he started examining the boots, breaking the awkward moment in two.

“You probably want to get some trousers too.” She put the table between them, able to take a deep breath for the first time since he walked in the store. As she examined the neatly stacked clothing in front of her, she heard him pull off his odd shoes and slip on the boots. He repeated it several times while she tried her damnedest to focus on picking trousers for him.

Cade was slender with long legs, obviously too long for the trousers he was wearing. After a few minutes of mad scrambling, she found one black pair and one dark blue pair. When she held them up for him to see, he’d picked the boots that fit and was simply staring at her.

Nothing like being blunt but Sabrina could be blunt too. “You’re overwhelming.”

He smiled, flashing white teeth that hit her like a blow to the stomach. The man was handsome, but smiling, he was blindingly beautiful.

“I guess we’re at odds then, aren’t we?” He pointed at the trousers. “I’ll take those and the boots.”

Sabrina felt off-kilter by Cade, and it annoyed her. She didn’t like being out of control for any reason, and his presence alone, not to mention his off-color comments, made that control slip.