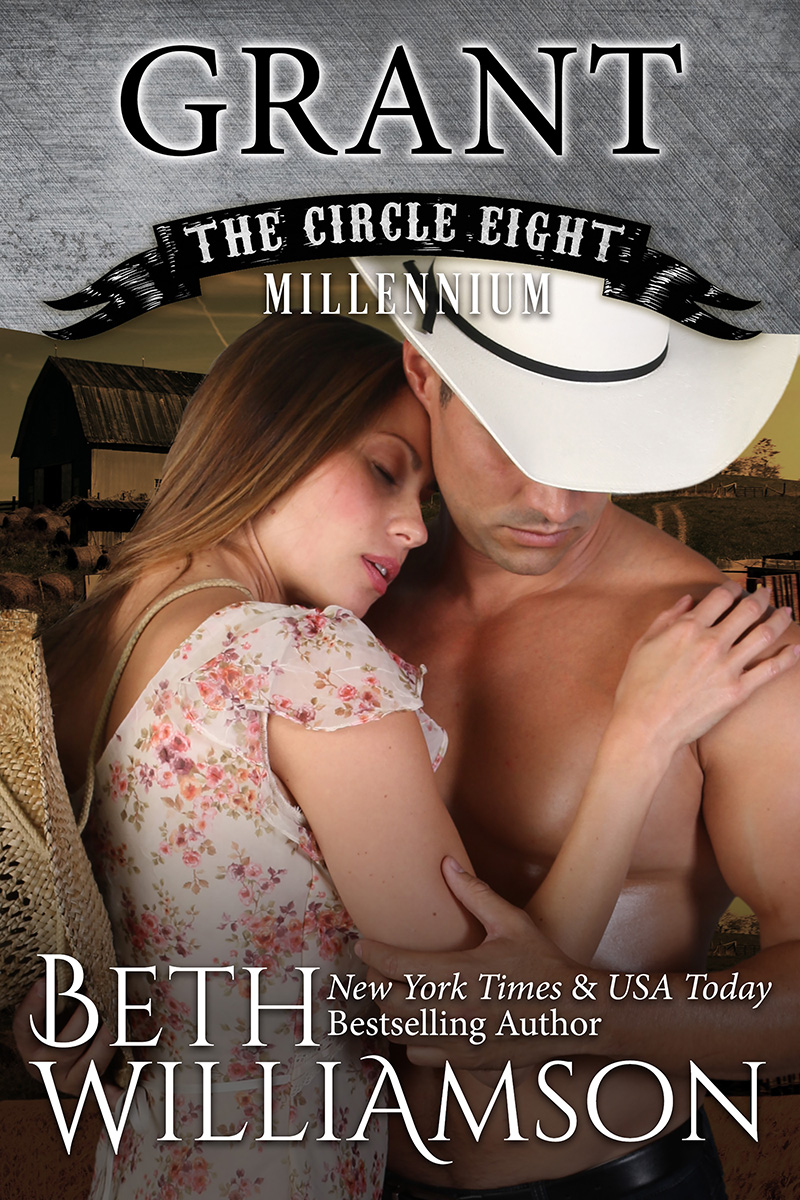 Grant Graham has avoided romantic entanglements since a broken heart ten years earlier. He focuses on his work and dates occasionally. His only companions are his cousins, Laz, his brother, Sam, and his cat. The intense cowboy doesn’t know what hit him after a whirlwind named Katie Malloy lands in his lap. Literally.

Katie has spent her life trying to live up to everyone’s expectations and she’s embarked on a journey to fulfill her dreams. On her first day as a waitress, she trips and falls into a handsome cowboy, slamming him into the floor and spraining her ankle.

Grant doesn’t want to be the unlucky rescuer, but he’s a Texan and a gentleman so he can’t leave the lady stranded. Love comes in many disguises, and he won’t know it hit him until he leaves her behind.

“The good news is, nothing’s broken. But you have a bad sprain, Katie.” He got to his feet and waited while she absorbed the information. “It’s going to be six to eight weeks on crutches.”

Her eyes widened. “That’s not possible.”

“Doc Schroeder told me himself. I’m sure he’ll tell you the same thing when he discharges you.” Grant handed her the purse he’d called Mabel to retrieve. Grumpy and unrelentingly resentful, the woman had brought it. He wouldn’t invade Katie’s privacy by going through it. “It went fast and furious for a bit there so you haven’t had time to call your family. Why don’t you do that now and I’ll go get the doctor?”

He turned to leave the curtained room when she spoke.

“I don’t have any family to call.”

“I moved to town two weeks ago. I’m from Wyoming. I’ve got nobody to call. They’re all at least a thousand miles away.” The sadness in her voice told him she spoke the truth. She was alone. On Christmas.

The door that protected his heart creaked on its hinges. There was no way he could take her on. He would take her to her own home and get her some food and whatnot, but he was not her caretaker, and he damn sure would suck at the job.

“Then I’ll take you home myself and make sure you have what you need.” He stood awkwardly by the curtain. “Where do you live?”

She looked at her hands. “I live above the Chinese place over on Lester Street.”

He frowned. “Above, as in stairs? Is there an elevator?”

She snorted. “No, but I can always slide up and down the stairs on my behind. I appreciate you driving me home and everything you’ve done.”

“Unlikely I’m going to stand by why you slide up stairs on your ass. I’ll carry you.” Grant wasn’t normally bossy but it seemed to keep sliding out of his mouth around her.

While she checked out and signed all the paperwork, Grant stood by the exit door. She was gracious and kind to the people at the hospital. Considering how her day had gone, she showed some damn good character. He’d shied away from relationships for a while, and Katie reminded him there were still good women out there.

Katie seemed nice enough, but he felt like she wasn’t telling him everything. It had been more than six years since he’d had the fateful relationship that had destroyed his heart. Until today, he hadn’t had a glimmer of interest in another female.

Something about this clumsy waitress intrigued him, and he couldn’t say why. He’d be glad to leave her at home and move on. Then the knot in his gut would dissipate from being around her. And perhaps he could stop wondering what it would be like to kiss her.

The nurse brought Katie toward the door in a wheelchair while he went ahead to get his truck. The midnight sky was full of stars and the air was still. The world had gone to sleep, awaiting Santa Claus, while they’d been at the emergency room.

He helped Katie into the truck and positioned her boot on the same blanket. She wrinkled her nose and hell and damnation, it was adorable. Shit.

“It doesn’t stink anymore. Did you clean up my vomit?”

He shrugged. “You were out for a while there. I didn’t want it to freeze on the foot rail.”

“Oh, well, thank you. It seems I keep racking up favors and things I owe you for.”

He wasn’t comfortable with her thanking him over and over. What was it about this woman that made him want to run? Or possibly snuggle up next to her? Maddening. “It’s nothing.”

“It’s not nothing to me. Please be sure to tell your mother what a gentleman you were to me.”

Grant scowled into the windshield. “I haven’t seen my mother since I was two. I couldn’t even begin to tell you where she is.”

“I, uh, well, shit on a shingle. I’m sorry. I don’t seem to be able to do anything right around you, Grant. I don’t even know your last name.” Her voice had grown smaller as she spoke.

“Are you related to the Grahams at the Circle Eight?” The words tumbled from her mouth.

“Uncle owns it.” He pulled up to her building on Lester Street. “If you give me your keys, I can get the door open before I carry you up.”

“I’ve got crutches to make it to the door. And I told you I can slide up the stairs.” She slid toward the building, and before he could protest, she landed on one foot and hobbled her way toward the side door of the restaurant. “Thank you, Mr. Graham.”

He should stop her, at least make sure she got up the stairs, but he knew a good-bye when he heard one. Something had shifted in the last minute of their conversation, and he’d be damned if he knew what.

Grant stayed until she disappeared behind the door and it closed behind her. He walked slowly back to the truck. When he glanced at his watch, he was surprised to see it was nearly one a.m.

Christmas had arrived, and Grant was alone again.