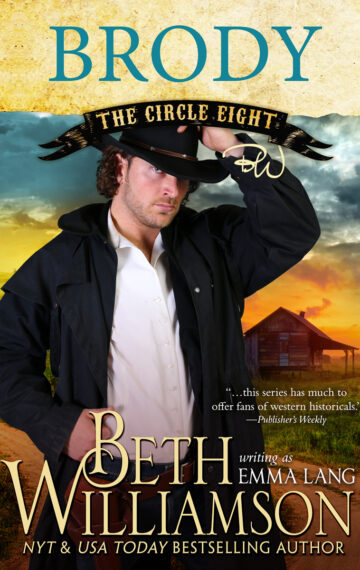 A woman who will do anything for her family and the Texas Ranger she cannot forget.

A year after their family was brutally torn apart, the Graham siblings begin to put their lives back together at their ranch in East Texas. With their parents gone, their bonds will truly be tested.
Olivia Graham has worked hard to take care of her younger brothers and sisters at the Circle Eight Ranch. But their family circle was broken when their young brother Benjy disappeared. She can’t shake the feeling that he must be out there, somewhere.

Texas Ranger Brody Armstrong has been working on Benjy’s case for months, and now he has a promising lead. As Liv follows him across the rugged Texas landscape and into Mexico, she’ll begin to find the answers she needs as Brody finds a passion he didn’t know he wanted.

“What news did you need to tell him?”

“Huh? Tell who?” Brody squinted at her.

“Matt. What news did you need to tell him?” She gripped the cup, its smooth curves keeping her grounded in reality while her traitorous body kept bouncing off into strange, dark pockets of unreality.

He looked down at the cup and took a swig of the coffee before he spoke. She didn’t prompt him again, remembering just how annoying he could be when he wasn’t ready to share his words yet. It was like shaking a five-year-old–it didn’t work. Olivia held onto her patience by a thread.

The next time he looked at her, the ranger’s cold gaze had returned. “I found out some information about your brother.”

“Something about Matt?” She didn’t understand what Brody possibly could have found out about her older brother that warranted a visit to the ranch.

“No, not about Matt. About Benjamin.”

Olivia could hardly suck in a breath. Benjamin. The smallest of the eight Graham children. The precocious five-year-old who had been missing for more than six months. His absence had left a hole in their family, a break in the circle of eight.

“What about Benjamin?” she could hardly take in a breath her heart beat so hard.

“I need to talk to your brother. I’ll wait until he comes back.” The taciturn ranger sipped at his drink, making her want to upend the cup right in his lap.

“When Matt isn’t here I am in charge. I’m only a few years younger than him and I take care of the books for the ranch.” She gritted her teeth to keep from cussing the man out. “Whatever you can tell him, you can tell me.”

“Nope, won’t do that. We had a deal, him and me, and it doesn’t involve you.” He glanced at Eva. “Your coffee is good as always. Do you have any bread to go with it?”

“Don’t you dare give him any bread.” Olivia knew she was more likely to catch flies with honey than vinegar, but the man treated her like a second choice, or rather no choice, to her brother. That grated on her nerves so bad, her temper snagged hold of her mouth and wouldn’t let go. “He needs to tell me what he knows before he gets anything else from the Grahams.”

She folded her arms across her chest and gave him her best “you will do what I say” look. He only shrugged and kept sipping at the coffee.

Eva frowned at her. “Hija, you must be nice to Ranger Armstrong. He is a good man.”

Olivia snorted. “I’ll believe that when he treats me like a person and not a pain in the ass.”

At first she could hardly believe he’d said it, but then when it sank in, a chuckle burst out of her mouth. She didn’t want to be amused by his smart mouth, but she was.

“So are you. Now tell me what you know. I won’t tell anyone. I just need to know.” She fiddled with the cup in front of her, embarrassed to be reduced to begging. “He’s my brother, too.”

The ranger stared at her with his unblinking gaze long enough to make her squirm. Olivia didn’t look away though. She refused to let him intimidate her. Too many men have tried that, unsuccessfully.

“Please.” The idea she’d said please to the man twice, twice!, in one day stuck in her craw.

He finally looked away, out the window. “I found a man who worked for Jeb Stinson.”

That was a piece of news. Jeb was their neighbor, a friend who had betrayed all of them by sending a gang to steal and kill ranchers, then buying their land for pennies on the dollar. He had hung for his crimes but had refused to name his accomplices. It was an untenable situation that drove Olivia to have nightmares about exactly who was involved. She had a hard time trusting anyone, even her neighbors, because of Jeb and what he’d done.

“Did you arrest the man?”

“Only for being drunk, but he wouldn’t give me anything until I told him his neck would stretch if he didn’t tell me what he knew.” Armstrong looked back at Olivia. “He said Jeb had a place south of here where all the stolen goods were hidden.”

“What about the missing people from the ranches?” She wasn’t sure she wanted to know the answer, but with Benjy still missing, there were hard choices everyone had to make.

Olivia’s stomach quivered at the word “Mexico”. The war was still so fresh in everyone’s mind, the idea Jeb would have easily betrayed his country and the veterans who had fought, was unfathomable.

“My God.” She glanced at Eva who looked as horrified as she felt. “He’s so small. What could happen to him?”

The ranger shook his head. “I’ve said too much.”

“If you think for one minute you are not telling me everything, you’re mistaken.” She got to her feet and leaned toward him. “Tell me now.”

He regarded her for a few moments before the corner of his mouth kicked up. “Anyone ever tell you that you have brass balls?”

“No, and I don’t know what that means. Just tell me for God’s sake.” She gripped the table to keep from shaking him.

“It means you are standing there yelling at a Texas Ranger, telling him what to do, without a bit of fear.” He got to his feet and Olivia remembered just how tall Armstrong was. She had to crane her neck to look at him. “That takes brass balls.”

“Fine then I’ve got brass balls. Now tell me what I want to know.”

His lashes were absurdly long and thick. They looked like a woman’s lashes, but she wasn’t about to tell him that. It was an awkward time to be noticing his features. She was too distracted to think straight.

“I’m headed out in the morning to follow my lead. You can tell Matt I’ll be back in a couple of weeks.” With that the ranger stood up and nodded to Eva. “Much obliged for the coffee, senora. Es delicioso.” Pretty as he pleased, the ranger left the house.

“De nada.” The housekeeper gave Olivia a look that told her to pursue the man.

She already planned on it.