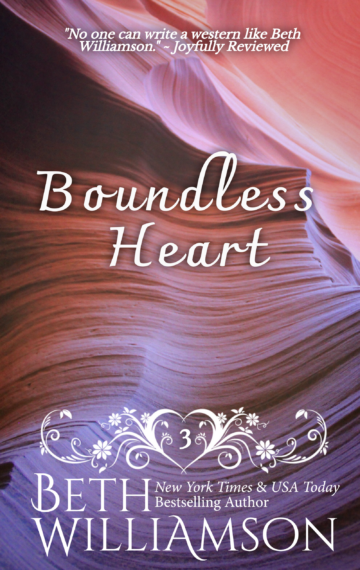 Lettie Brown had lived her life in the shadow of violence and unhappiness. Finally at home in Forestville, Wyoming, she tries to live a normal life, although she doesn’t know how. Working at The Blue Plate and printing the town newspaper makes her content, if not happy. When a stranger stumbles into her life, everything changes.

Shane Murphy is a shell of a man, destroyed by the aftermath of the war and his personal tragedies, along with his penchant for cheap whiskey. When he lands, literally, on Lettie’s feet, his future takes a hard right turn.

Together they find a bond unbreakable as steel and undeniable as life itself. As they stumble through a relationship that should not have been, coincidence becomes design and a deep love takes root, one that cannot be denied. Will their pasts destroy their future or will love and an ancient magic bring the happiness they deserve?

Lettie ran out of the restaurant, leaving a startled group staring after her. She knew the front of her was wet, and no doubt she looked like she’d seen a ghost. Truth was, she was scared senseless over what had happened, no, by how she’d felt when it happened.

She liked kissing Shane. So much so that she wanted to do more.

Lettie needed to understand what that meant. She had never enjoyed kissing or doing a man’s business with him. Hell, she would have been happy never to touch a man again.

Then Shane Murphy fell into her life.

His lips were soft and warm, perfect against hers. The moment had been pure magic. Every second of it was burned into her memory—the smell of his freshly scrubbed skin, the way his shorn hair felt beneath her fingers, the sight of his naked body, and most of all, the tingles that raced through her when he kissed her.

She had no idea what to do. It wasn’t supposed to be like that. She didn’t need a man, much less one who was a worse mess than she was. Yet here she was, tied in a knot and running. She needed to talk to Angeline now for sure. The dream, the bath, the kiss, the naked man. It was too much to sort out.

Her rapid pace got her to Angeline’s door in ten minutes, normally a fifteen-minute walk. By the time she knocked on the door, she was breathing harder than she should have, and her heart beat so fast it hurt. Even her knock was a staccato rhythm, sharp and fierce.

It seemed like an hour before Angeline opened the door. She started to smile until she saw Lettie’s face. “What happened?”

Angeline’s blue eyes widened. “Oh my.” She took hold of Lettie’s arm. “Get in here.”

Lettie stumbled inside, Angeline closing the door behind her. They walked into the kitchen to find Sam at the table with a cup of coffee and a book. He watched them both as they approached, his expression guarded.

“Lettie came by.” Angeline didn’t ask her husband to leave or explain why Lettie was there.

Without saying a word, he picked up and quit the room, cup and book in hand. Another shining example of how connected the two of them were. They spoke to each other with just a glance. Lettie would have to be staked out beside an anthill and covered with honey before she would admit it, but she wanted what they had. Enough that she ached at night, alone, and aware she would be that way for the rest of her life.

Angeline led her to the table and pointed at the chair her husband had vacated. “Sit.”

While her friend fussed in the kitchen with the pot of coffee, Lettie sat down. She let out a breath slowly, her stomach flipping every which way. She didn’t know how to tell Angeline everything. Some of it was downright embarrassing and too personal. Yet she had to do something or spend her days hiding from Shane, or worse, leave Forestville altogether.

Lettie took a sip of the hot brew, grateful for the bitter burn as it slid down her throat. Although she certainly wasn’t cold in the summer air, the coffee seemed to chase away a chill that had taken hold of her. She didn’t know how to start telling her friend about everything that had happened.

“Coffee’s good.” An inane thing to say, but at least it was words.

“Sam is very good at making coffee. He said he learned in the Army because he didn’t want to drink the sludge the other soldiers made.” Angeline chuckled, perhaps to break the tension.

Lettie waved her hand. “Let me tell this before I lose the nerve.”

“It was the first time I had a dream like this. I’ve never, um, well you know that I never found pleasure in my marriage, with a man.” Lettie waited while Angeline acknowledged that with a small nod. “I didn’t think I could, like maybe that part of me was busted or didn’t work right. Then I had this dream.”

Angeline appeared to be completely absorbed in what Lettie was telling her. The coffee sat on the table, forgotten. “And this stranger, Shane, was in the dream?” she prompted.

Lettie closed her eyes and conjured up the image of him kissing her splayed legs. She shivered at the memory. “He pleasured me, in the dream that is. And more. I ain’t gonna say details ’cause that’s going to make it harder to tell.”

While she masked it quickly, Angeline’s expression told Lettie she was disappointed to miss the details. Lettie wasn’t worried about that—her friend had a very happy marriage with a man who likely pleasured her daily.

“When I woke up I was still feeling the dream, if you know what I mean. I was out of sorts and decided to ask Marta to move the man to the doc’s place.” Lettie paused to take another gulp of coffee, annoyed to see her hands shaking again. “She wouldn’t hear of it, of course. I got mad and marched up there to make him move. He was sleeping peaceful-like, and before I could tell him to get out, he opened his eyes.”

Lettie set the cup on the table. “The memory from the dream was hanging on me like a coat, weighing me down. I couldn’t look at him without remembering what the dream Shane did to me, with me.”